Dr Burton was nominated for “innovation and service to rural health in New Zealand”.

He has practised in the Kawhia community for 27 years, is a long-time member of the New Zealand Rural General Practice Network and a past member of the NZRGPN Executive and Board.

“It was a bit of a shock to hear of the award because I did not think I would be in the running to receive it. I remember meeting Peter Snow when he was president of the College of GPs and he was quite awe-inspiring,” said Dr Burton.

After returning from volunteer work in West Africa in mid-1991 he says he was inundated with replies when he advertised he wanted to work in a rural practice. Kawhia was not even on his shortlist of 17 rural locations around New Zealand.  However, after visiting Kawhia and further consideration, he decided that the having the time to develop relationships with patients that a small practice offers, along with the scope of medicine and the cultural diversity, made it an attractive opportunity.

In accepting the award Dr Burton told those gathered at the Gala Dinner that one of his memories of growing up in what was then semi-rural Howick, was going to Howells’ butcher shop with his mother and how fascinated he was by all the cheerfulness and skill of the butchers, often whistling as they brought cleavers down millimetres from their fingers as they cut up the meat.

“Mr Howells always had a cheerio or some other treat for me and when I grew old enough to go to primary school he gave me tips on how to train for running events. Often, he’d anticipate what my mother would be needing, and he always had a special joint put aside for us on Fridays. But Howick grew. A supermarket arrived and shopping became quicker and cheaper. My mother kept going to Howells for meat for some time, but eventually the convenience of the supermarket won over.

“One of the great things of practising in many rural areas is that the supermarket approach to treating patients has not yet arrived. I’m grateful of working with enthusiastic, dedicated staff and of the importance of the relationships that have developed with patients over the years.”

Looking ahead to retirement Dr Burton says he would like to stay in the Kawhia community and perhaps work as a rural GP consultant alongside a registrar. “That’s quite an exciting idea. It’d be great if some of us older docs could stick around to support new ones coming through.”

From 1987 to 1989 Dr Burton did a series of mainly rural locums throughout New Zealand, apart from three short-term locums in Tonga. For one year from mid-1990, he and his wife, Sue worked in a bush hospital in Benin, West Africa with SIM International. He did further rural locums on return before buying a solo rural practice in Kawhia, King Country, in 1992, where he has remained since. In 2002 he did a sabbatical in Wyndham, northern Western Australia as Senior Medical Officer for six and a half months. John and Sue did short-term medical missions with Marine Reach working on Kadavu Island, Fiji in 2009; and Tanna and Erromango Islands in Vanuatu in 2016. In 2017 he had a sabbatical which included observing work in a peripheral clinic in Vietnam and at the Department of General Practice at Haikou Hospital, Hainan, China before they spent three months as guests of the Northern Ontario School of Medicine to learn about rural medical education and community engagement. These experiences have supported his passions of teaching and of trying to improve the health care of people who have been seen as “hard to reach.”

John’s wife Sue, a trained medical laboratory technologist, has worked one session a week as receptionist at Kawhia Health Centre since 1992 as well as running regular women’s health clinics. 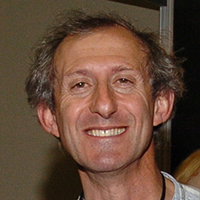